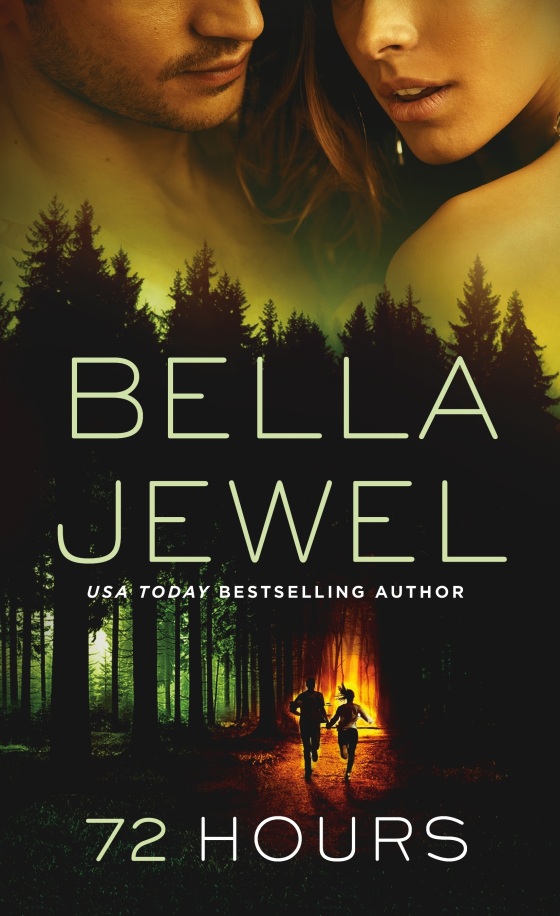 “Bella Jewel is a go-to author for a quick and sexy read.” — Once Upon a Page

“A sexy, dramatic suspense that I didn’t want to put down!” — Harlequin Junkie

“Sexy, irresistible, and lively, this story was addicting! I read it all in one sitting and I couldn’t get enough.” — The Novel Tease

Bella Jewel’s self-published novels hooked a whole audience of readers in and landed her on the USA Today bestseller list. Now Jewel is debuting in print with 72 HOURS (St. Martin’s Press; April 4, 2017), a tense romantic suspense. A new direction for Jewel, she explores what happens to a couple on the rocks when they get pushed into a life or death situation. When a serial killer has brought them into his terrifying imagination, will they turn to each other or is it every man for himself?

It’s all part of his sick game. A game he’s been planning for an entire decade. Now everything is perfect. A male and female have been selected. They have a history and can’t stand one another. They are the perfect victims. He doesn’t want the game to be easy. He wants to push them to the brink of insanity, to make his hunt real.

Now Lara and Noah have been captured and dumped into a massive wooded area. There’s just one rule. They have 72 hours to find a way out before the sadistic serial killer begins his hunt. And these two people who don’t trust or even like each other must rely on one another to escape–and to survive.

A nail biter from start to finish, Jewel’s new venture into romantic suspense is enthralling and will have you cheering on the hero and heroine as they fight back against a man who is pure evil. Adding a whole different element to romance, 72 HOURS is a tightly spun plot with heat between the pages. This is only the start to Jewel’s romantic suspense direction as she will follow with her next romantic suspense book The Watcher this May.

“Lara, can you please put my mug under the cof- fee machine and press start before you go for your run?” Rachel calls out.

“Already done,” I call softly, leaning down to lace up my shoes.

Rachel took me in after Noah and I broke up and I moved out. I do as much as I can to help her out, including making sure she’s got hot coffee every morning before I go out. She saved my ass. It’s the least I can do.

I grab my water bottle and move to the front door, checking that I’ve got my phone before heading out. The weather is warm in Orlando today, a soft breeze trickling through the trees.

After pulling my long chestnut hair into a pony- tail, I step out onto the path in front of my apart- ment and put my earbuds in, starting my usual morning jog. I move down two blocks and then cross a road to a local park. It has a path running beside it that goes into some thick forest before coming out close to downtown.

My one hour of peace each day.

I sing softly to the music, pounding harder and faster as my body warms up. Crossing the road, I move past the park and into the trees. The weather instantly cools without the warmth of the sun breaking through, and it dries up some of the sweat forming on my brow. I think about Noah and how much it hurt to see him at the bar last night, let alone with another woman.

Will it ever stop hurting?

A hand taps my shoulder and I scream, spin- ning around to see Noah standing behind me, sweat running down and soaking the front of his tank. I press a hand to my heart, studying him, then pull out my earbuds. Only he would find a way to be on his run at the same time I’m on mine. Can’t this man just leave me alone? “What are you doing here, Noah?”

“I recently moved into an apartment in the area and was jogging when I saw you. I see you still enjoy running?”

“For a while I was traveling for work. I volun- teered to train some other recruits. Considering you wouldn’t talk to me, I needed a distraction.” He shrugs again. “Now I have a little time on my hands and it felt like time to relocate.”

I take a step back, my mind reeling. “I want to finish my run,” I say. “And you’re going to leave me alone.”

I take a drink from my bottle, ignoring his pleading. My eyes focus on anything but him.

“Are you seriously still doing this?” he grunts. “I’ve been tryin’ to call you for months with little success. You ignored me without a word and you’re really not going to give me five minutes to explain?” “Explain what?” I ask, crossing my arms. “The fact that I walked in and found you with a woman

on your lap in your office?”

He jerks, and his face grows tight with frustra- tion. “You read it wrong.”

He uses the back of his hand to wipe the sweat from his brow. It takes all my inner strength not to stare at his big, muscled form. Mostly to avoid remembering how good it felt to be tucked into his arms, how secure and safe he could make me feel. He just had that way. He made me feel like nothing in the world could ever touch me when I was in his arms. And then he took that all away in one moment. The only feeling of safety I had left was gone in an instant.

“Is Noah in?” I smile to the young girl sitting at the front desk of the firehouse.

I walk down the hall, heading toward Noah’s office. I thought I’d bring him lunch, spend some time with him. Things have been rough in the last few months, and he’s been by my side through it all. He’s seen me at my worst and picked me up when I fell. After Nan died, I have felt like noth- ing is enough, like I’m not enough. I feel like I’m not being the girlfriend he deserves. He deserves me to try, so that’s what I’m doing. I’m trying.

I open the door and step in, opening my mouth to greet him when I see her. She’s on his lap, long blond hair flowing around her back, pretty as can be. The kind of woman that looks like his per- fect fit. She’s kissing him. Their mouths, connected, touching—it’s all I see before my vision blurs, tears clouding it. I feel like I’ve been punched in the gut. I stumble back, gasping for air.

How could he do this to me?

I already know how. Because I’m an emotional, broken woman who got her nanna killed because she couldn’t control her loud mouth. Then I be- came this weak, pathetic mess who spends most days crying and trying to figure out who I should be and who I am now. Of course he’s with another woman. Why the hell wouldn’t he be? This is ex- actly what I deserve.

I turn and leave, but not before I hear Noah call out my name.

He catches me at the door, hand curling around my upper arm. He spins me around but I shove at his chest, causing him to stumble backward.

I turn and keep going, darting straight across the road. I reach the park and drop to my knees, sobbing with agony, and pain, and regret. Maybe this is my karma. Maybe this is the universe’s way of punishing me for what happened with my nanna. Or maybe, just maybe, Noah is better off without  me.

Of course he is. I’m worth nothing.

“Lara, fuck, how could you throw it all away? We were together over two years.”

His question brings me back to the present. “Se- riously?” I ask, eyes wide with shock. “You think I’m the one who threw it away?”

God, if only he knew how much it meant to me. I wanted to marry this man, to have kids with him, to be with him for the rest of my life. Walk- ing in and seeing him with another woman ripped my heart out. It sent my whole world crashing down. Leaving him was the hardest thing I’ve ever had to endure in my life. How he could think it

meant nothing is beyond me. He was the one who hurt me.

He grunts. “Yet you won’t talk to me, you just broke it off and ran.”

That hurts. He’s acting as if all this is my fault, when it was he who cheated on me.

“That’s just the thing,” he yells. “You’re not listening. You’re refusing to listen.”

The familiar sting of anger bubbles in my chest, but I push it down. Be calm. Don’t react. It isn’t worth getting upset over. “I don’t want to hear your excuses.”

He makes a frustrated noise in his throat.

I pick up into a jog and disappear out the other side of the trees, but not before I hear his angry curse. I run until I’m out of breath, but I could swear he’s still behind me. I stop and turn every now and then, glancing into the trees, but nobody is there. Yet it feels as though someone is. He’s probably following me—he’s protective like that, always wanting to know I’m safe. He doesn’t need to worry anymore—I’m no longer his burden.

Wow did 72 Hours ever keep me on the edge of my seat! Fast-paced and enthralling, 72 Hours made my heart beat fast and my eyes read as fast as they could!!

Reminiscent of The Hunger Games,  Lara and Noah are in the fight for their lives when a sadistic madman decides to make a game for himself with their bodies as the final reward. I may have held my breathe the entire time I devoured the book. I really had no idea what turn the story would take next. Surprises are around every corner as Lara and Noah fight to survive.

Lovers of fast paced, suspenseful, well plotted books, rejoice! 72 Hours will hit all your buttons and then some… 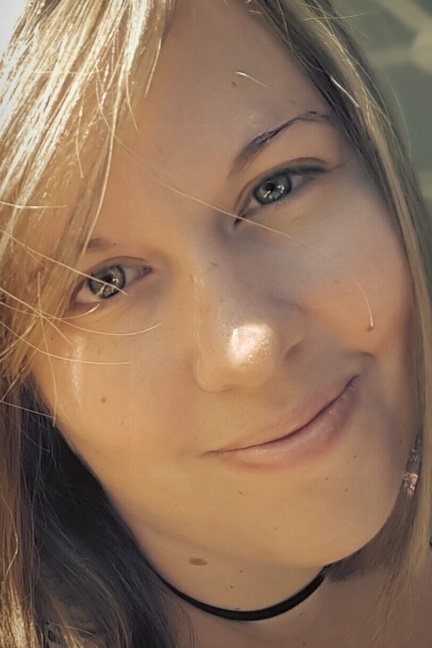 BELLA JEWEL is a USA Today bestselling author of over 18 e-books, including the popular Alphas Heart eOriginal series with St. Martin’s Press. She lives in North Queensland where she’s working on her next novel.