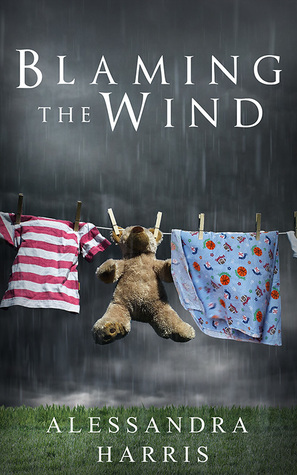 Sophia Douglas can’t shake the fear that she’s in over her head. A spontaneous elopement and a layoff from her high-paying job are stressful enough, but a plus sign on her pregnancy test sends her into a panic. Fearing her husband, Terrence, might leave like her father did, Sophia confides her insecurities to Tara, her friend and mom of three.

Though Tara Fisher encourages Sophia to trust Terrence, she’s hiding her own secret: a handsome attorney is pursuing her, and she’s questioning her commitment to Josh, her husband of ten years. After a devastating career-ending accident, Josh has changed and so have Tara’s feelings for him.

When a crisis arises that threatens to destroy Sophia and Terrence’s young marriage, Sophia must either overcome her fear of abandonment or lose everything she never knew she wanted. Meanwhile, as Tara is torn between responsibility and passion, her imperfectly put together life starts to unravel, and ghosts from her past resurface to haunt her.

As these two couples grapple with secrets, temptation, and illness, only time will tell if their vows are strong enough to hold them together.

What a great book! I see other reviewers say its Alessandra’s debut novel. I had no idea when I was reading it. I felt that it was well written and delved into such issues as friendship, marriage, trust, infidelity and mental health. It was by no means a “light” book. That is however, not a criticism. I thought this author handled all these issues with grace and I commend her for highlighting such emotionally laden issues. I also liked that she concluded the book with links to mental health organizations. I felt that was very responsible.

The big takeaway for me was that secrets eventually come back to haunt you. Every single one of these characters had secrets that they kept from one another, whether it be in their friendships or their marriages. These characters were flawed. There were so many times I wanted to kick each and every one of them for keeping their secrets. I feel like this book was a roller coaster of emotions for the characters and for the reader. I enjoyed it immensely and would highly recommend it.

*I received a copy from Netgalley in exchange for a fair and honest review.