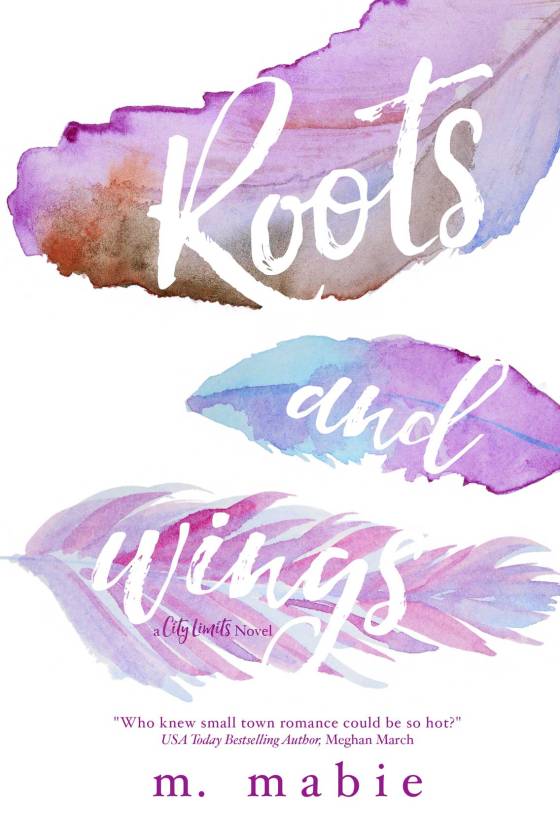 No billionaires. No professional athletes. No celebrities.

In this small town, current events are pondered in mirrors at the local salon or around crowded tables at the diner, and there’s a new couple to gossip about. A rough and tumble woman who works in her dad’s garage, not yet ready to spread her wings, shows the new guy in town what it’s like to finally have roots.

Low on drama. High on love.

Pull up a chair and stay a while. 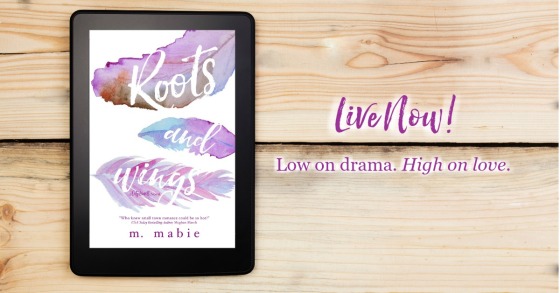 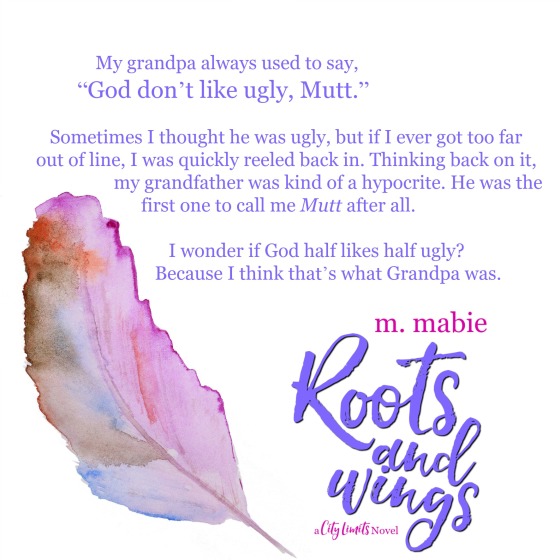 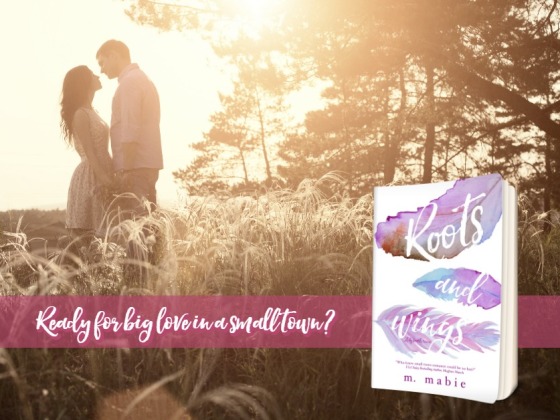 4 STARS
I am going to say this first to get it out of the way – after reading the Bait Series, I was a little scared to read Roots and Wings. Oh h*ll, I was downright frightened. I was so surprised that after tearing me to little shreds, M. Mabie wrote a light romance. You know what else? I really loved it! I grew up in a small town where everyone knows everyone else’s business, so I could identify with Mutt. Her story was sweet and one I could totally relate to, from her need to be away from the watching eyes of the town to falling for an outsider, it was like Mutt was me.
In case you didn’t catch on already, I adore Mutt. Unapologetic about her ways, she knows herself and doesn’t care what others think. She is the type of woman is comfortable in her own skin; strong, sassy, and perfect for the new dentist in town, Vaughn. I loved that they didn’t take crap from each other and they weren’t afraid to say what is on their mind. What I enjoyed most about Vaughn was his fire in making sure that everyone in town saw Mutt as more then a “mutt” – he really wanted her to be recognized as a beautiful woman with feelings and a real name, not just the nickname she became. That made me all squishy inside.
The heat between Mutt and Vaughn was undeniable. I honestly could not wait for them to get together so that I could feel better. The sexual tension between these two left me frustrated and yearning for more. When they finally did the deed, I felt relief. They truly are perfect for each other.
If you are looking for a great book that hits all the right buttons, Roots and Wings is for you. It is so romantic and feel good, you won’t help but smile as you turn the pages! 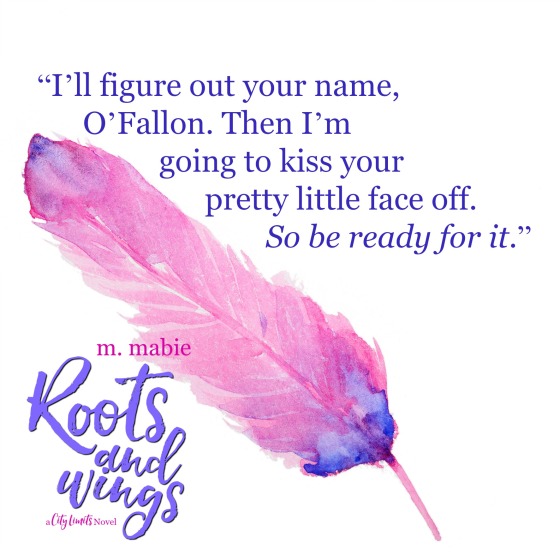