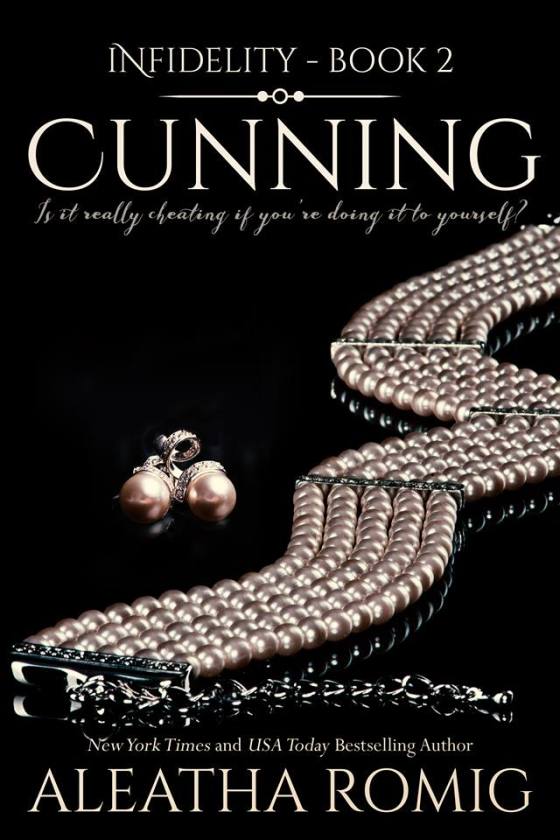 “He owns you. Whatever he tells you to do you do”.

One year. No future. A past that won’t go away.

Lennox “Nox” Demetri broke his own rule by making a deal. It may not have been directly with the devil, but that doesn’t mean Satan himself isn’t watching. Was it fate that brought Charli into his life and his bed? What will happen when rules are broken and secrets are revealed?

Alex “Charli” Collins found pleasure with Nox like she’d never known. That was before she knew his last name. Now that Infidelity is involved and the rules have changed, what will result when real life and fantasy collide?

Is it really cheating if you’re doing it to yourself?

From New York Times and USA Today bestselling author Aleatha Romig comes a sexy, new dominant hero who knows what he wants and a strong-willed heroine who has plans of her own. With classic Aleatha Romig twists, turns, deceptions, and devotions, the depth of this new, epic dark romance reaches new levels and will have readers swooning one minute and screaming the next.

CUNNING is a full-length novel, 360 pages, and the second of five books in the INFIDELITY series.

Infidelity – it isn’t what you think.

Honestly, can Aleatha write a bad book? She is the queen of twists and turns…I love it!!!

Cunning picks up where Betrayal left off, with Nox and Charli/Alex tangled again in a web of lies, lust, and betrayal. I never knew where the story was going to take me next. So many emotions overtook me as I was reading that I actually had trouble sleeping during the course of the book.

Aleatha has upped her game with the mysteries in this series. With every book, her writing gets better and more concise. And can she ever pen an alpha male!!! Nox is blisteringly hot and controlling, but also caring and attentive when he needs to be.

I am also happy that Charli/Alex is a strong female character. With everything that has happened to her, she still pulls herself up, dusts herself off, and continues on, more knowledgeable from the lessons that she has learned in her hurts. She and Nox set fire to the pages, even when they are at their worst. Delicious!

Cunning is book 2 in a 5 book series. Yes, there are cliffhangers but I love them so don’t particularly mind. I am so eager for the next book, coming in May.

I couldn’t concentrate. Shit, I could barely function. Thoughts of Charli consumed my mind—her gorgeous eyes, the way she looked at me when I came out of that room and our gaze met. I hadn’t planned on going to the Mandarin yet or being there when she arrived. I had things to do, but I couldn’t stay away. I couldn’t not see her. The attraction was too strong.

That was what she did to me. She made me lose focus on the world and see only her.

In only the short time we’d been together, she’d gotten under my skin like no one else, even Jo. I’d never fallen so fast or so hard. I didn’t do drugs, never had. Nevertheless, I imagined that Charli was like cocaine. One casual hit at a party—that was all I was after in Del Mar. One hit, one week. Since returning to New York, I’d tried to deny my addiction. Each day we were apart was another day clean, another day sober. I was able to detox because she was out of my life.

This is now, and now she’s mine.

Deloris said her name was Alexandria, or Alex, but that didn’t change anything. We’d confessed that our names were nicknames, and to me she’d always be my Charli.

Alexandria Collins has one week to live carefree—no ghosts of her past or pressures of her future haunting her. Reinventing herself as “Charli,” she is knocked off her feet by a sexy, mysterious man who brings her pleasure like she never imagined.  With her heart at stake, she forgets that decisions made in the dark of night reappear in the bright light of day.

Aleatha Romig is a New York Times and USA Today bestselling author who lives in Indiana. She grew up in Mishawaka, graduated from Indiana University, and is currently living south of Indianapolis. Aleatha has raised three children with her high school sweetheart and husband of nearly thirty years. Before she became a full-time author, she worked days as a dental hygienist and spent her nights writing. Now, when she’s not imagining mind-blowing twists and turns, she likes to spend her time a with her family and friends. Her other pastimes include reading and creating heroes/anti-heroes who haunt your dreams!

In the fall of 2015, Aleatha moved head first into the world of dark romance with the release of BETRAYAL, the first of her five novel INFIDELITY series. She also began her traditional publishing career with Thomas and Mercer. Her books INTO THE LIGHT and AWAY FROM THE DARK will be published through this mystery/thriller publisher in 2016.