Alexandria Collins has one week to live carefree—no ghosts of her past or pressures of her future haunting her. Reinventing herself as “Charli,” she is knocked off her feet by a sexy, mysterious man who brings her pleasure like she never imagined. With her heart at stake, she forgets that decisions made in the dark of night reappear in the bright light of day. 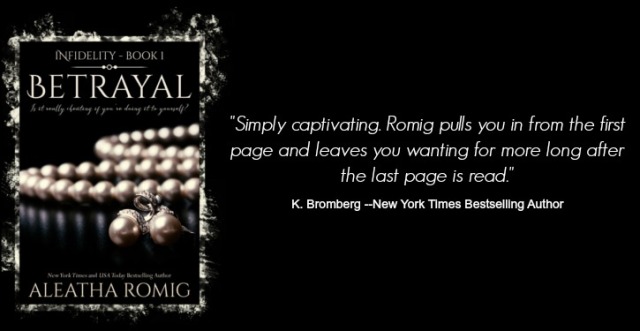 I motioned around the patio. “Is this what you do? You save women from the resort leaches and lure them to your lair?”
“My lair? Am I Batman?”
“Are you? I don’t know.”
He smirked. “If only I could make a living at doing just that, but alas, no. You’re my first rescue.”
I stopped my reach for a piece of cheese and looked back up at him. “You’re first?”
“My first rescue,” he clarified. “Hardly my first.”
“Why?”
He lifted his glass toward me in a toast. After I lifted mine, he said, “To you, Charli with an I, and to learning more about you.”
After our glasses clinked and we both took a sip, I asked the question that I’d been dying to know ever since our morning encounter. “You seem to have a clear advantage. You know my name, but I’ve yet to learn yours.”
“Do I?”
“Do you what?”
“Do I have an advantage?” He leaned closer. “Do I know your name? You see, I had the resort’s reservations scoured. I wanted to send a gift to your room and confirm our dinner, yet Charli was nowhere to be found.”
I took a deep breath. “Well, I’m here with my sister. I guess my name isn’t on the reservation.”
“You’re sister?”
“Yes, and you—if I were to have the reservations scoured?”
The sun had now fully set, falling below the water and the darkening sky was beginning to fill with stars, especially over the water.
“Would you believe, Batman?” When I didn’t respond, he said, “Bruce Wayne?”
Though I pursed my lips, I felt the twinkle in my eyes. 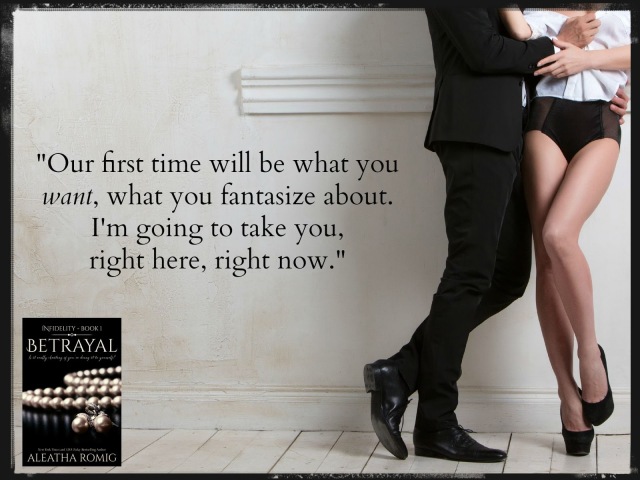 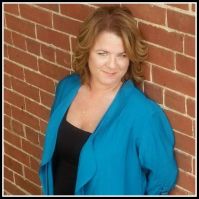 Aleatha Romig is a New York Times and USA Today bestselling author who lives in Indiana. She grew up in Mishawaka, graduated from Indiana University, and is currently living south of Indianapolis. Aleatha has raised three children with her high school sweetheart and husband of nearly thirty years. Before she became a full-time author, she worked days as a dental hygienist and spent her nights writing. Now, when she’s not imagining mind-blowing twists and turns, she likes to spend her time with her family and friends. Her other pastimes include reading and creating heroes/anti-heroes who haunt your dreams!

Aleatha released her first novel, CONSEQUENCES, in August of 2011. CONSEQUENCES became a bestselling series with five novels and two companions released from 2011 through 2015. The compelling and epic story of Anthony and Claire Rawlings has graced more than half a million e-readers. Aleatha released the first of her series TALES FROM THE DARK SIDE, INSIDIOUS, in the fall of 2014. These standalone thrillers continue Aleatha’s twisted style with an increase in heat. In the fall of 2015, Aleatha will move head first into the world of dark romance with the release of BETRAYAL, the first of her five novel INFIDELITY series.