After her father’s funeral Brooklyn decides to hunt down the killer that had been raining down on New York City. This killer is infamous for blending in and playing games.

Will he get to Brooklyn, while she hunts for him or will he allow this game of cat-and-mouse to end? Will Mark come to her rescue after everything she has done?
Mark knows the path of destruction Brooklyn is on to stop a killer, that he has been unable to stop. Will he stop her when the time comes or let her live with blood on her hands?
Will he be able to let go of his anger to embrace her in life?
Will they ever find the love that was lost? 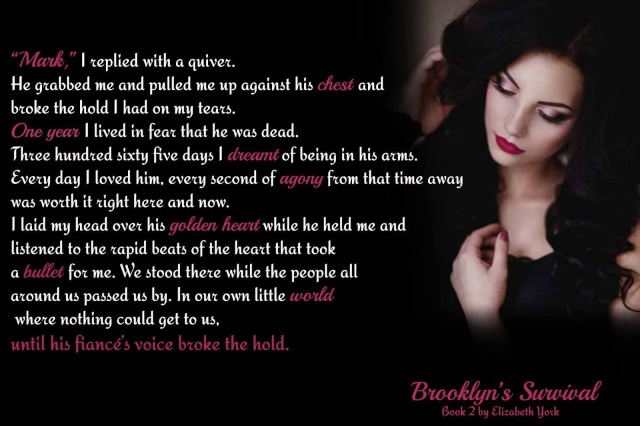 Up and coming author Elizabeth York has been writing for about seven years. Located in the southeast, she spends her days drinking sweet tea on the porch with her laptop in hand. She has devoted her life to her family and her books. With the loss of her Father to cancer in 2010 she makes “Dear Daddy” dedication pages in each book and donates 10% royalties to cancer research. Take the time to get to know the characters and you will love them as much as she does.